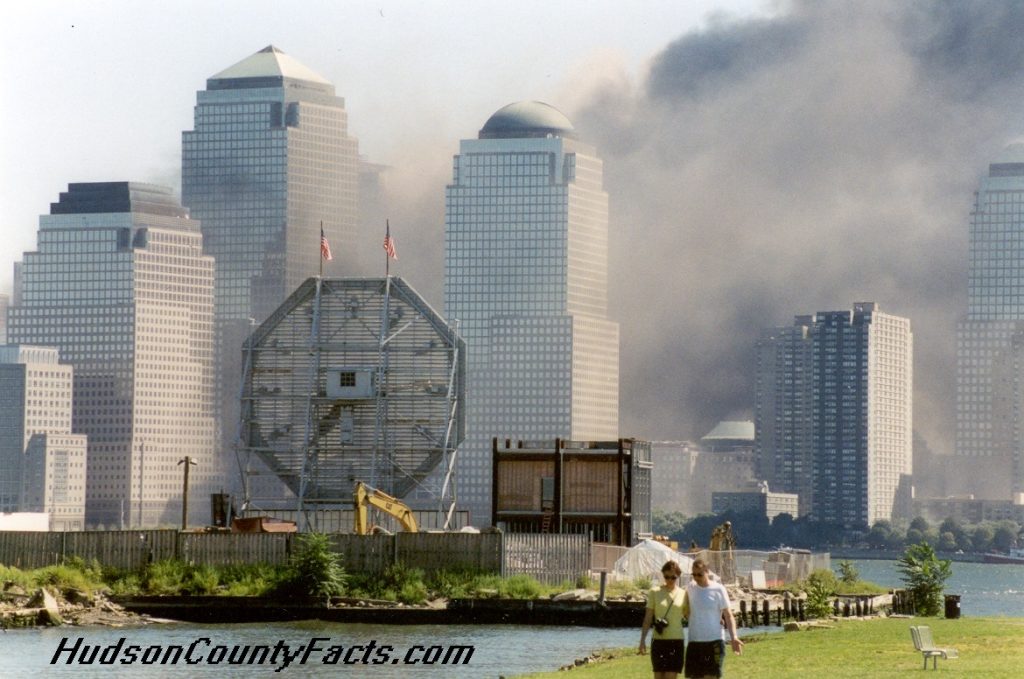 “Ground Zero as seen from Jersey City on 9/11

On September 11, 2001, after the collapse of the Twin Towers, Jersey City Police radio relayed a FBI alert concerning a white van in Liberty State Park. The report stated that well in advance of the planes crashing into the buildings the vehicle’s occupants had set up camera equipment on the Jersey City side of the Hudson River directly across from the World Trade center. The FBI bulletin directed law enforcement to exercise caution when approaching the van and warned that the occupants might be armed with unconventional, chemical weapons.