Posted on December 30, 2009 by Anthony Olszewski 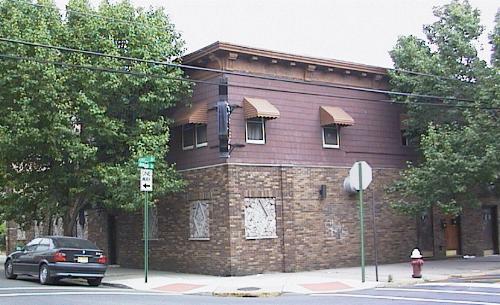 During the ’70s and ’80s, the corner of First and Jackson in Hoboken was the Hudson County headquarters of the the Mafia.

In the mid-’70s, I stopped a number of times at Hoboken Organized Crime Boss Martin “Motts” Casella’s corner – First and Jackson. My uncle Gus and I dropped off pigeon feed and picked up pigeons. Gus was a long-time friend and business associate of Martin Casella. Though both Motts and Gus were pigeon fanciers since they were kids, I now wonder if these transactions actually served to camouflage the real reason for the visits. Casella’s pigeon coops were across the street from the bar, on the roof of a garage. Though I met Martin’s brother (who spent the most time with the birds), I never saw Motts – until over ten years later.

In the late-eighties, early one morning while listening to the news on the radio, I heard a report of a Mob rubout in New York City’s Little Italy. A motorcycle with two guys on it jumped the curb in front of a social club. The bike’s passenger pulled out a gun and killed someone standing there. Back tire screeching, engine roaring, the driver sped off, going in the wrong direction up narrow one way streets.

As luck would have it, that morning I was riding a motorcycle to Hoboken from the Jersey City Heights. Taking Paterson Plank Road, I made a left onto First Street. As I approached the corner of First and Jackson, a short, heavy-set man in a trench coat began to cross the street without looking at the traffic. My first thought was to hang to the right to avoid hitting him. But, noticing an oil slick on the asphalt, I instead slowed to a stop to allow the pedestrian to cross. Seeing that the bike was stopping in front of him, the man became paralyzed with fear. All color drained from his panic-contorted face. Suddenly, he sprinted across the street and ran into the bar.

I revved the bike and continued towards Washington Street. I was at first puzzled by this curious little drama. Then I realized where I was; I knew that that must have been Motts. He, too, had heard the story about the hit man on a motorcycle. I wondered what he was up to that had him so worried that he imagined death rolling at him on two wheels.