The pigeon hobby in Hudson County

Posted on January 27, 2010 by Anthony Olszewski 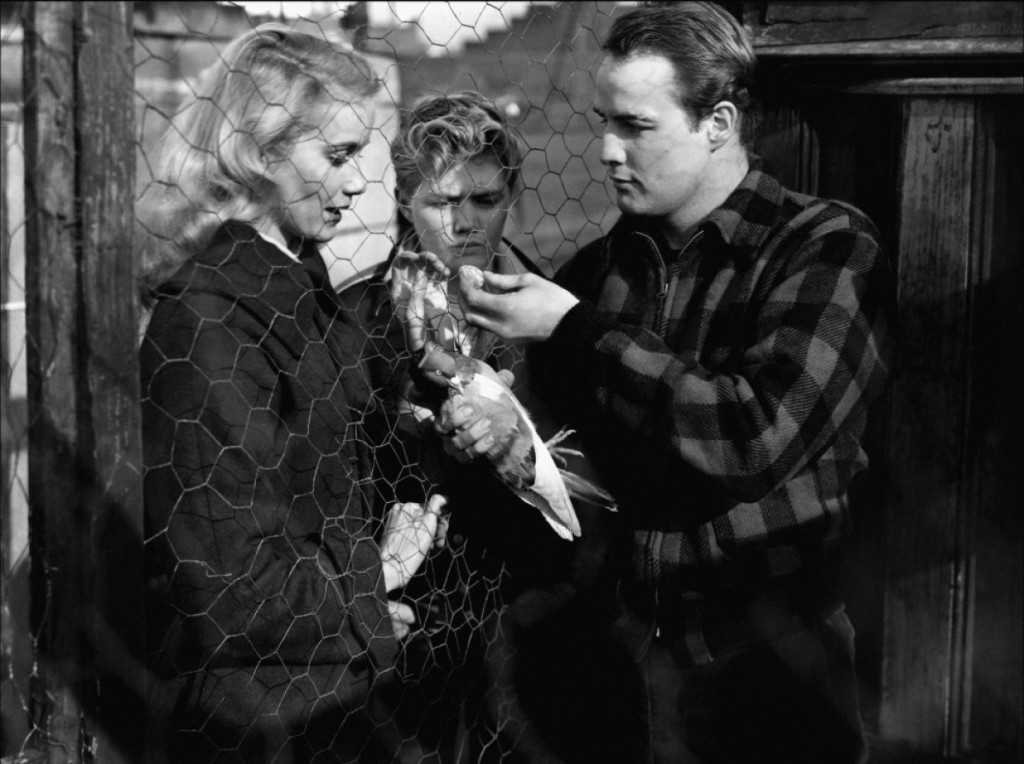 As seen in Budd Schulberg’s On the Waterfront, keeping pigeons was once a central feature of Hudson County. The top tier was the sport of racing homing pigeons — birds that sped their way back after being transported (often hundreds of miles) and released. Tipplers — birds that flew in circles about the rooftop coop were very popular. Here, the goal was to try to lure someone else’s birds to join your flock. Some hobbyists specialized in Fancies — many different types of birds bred for show. Quite a few of these ornamental varieties are so highly developed that they no longer can fly. Hobbyists of the flying pigeons, both Homers and Tipplers, often kept a couple of Fantails or other flightless fancy pigeons to entice and encourage the more aerial birds to the coop. This was the metaphor of the Marlon Brando character. Trapped in Hoboken, only able to look up from the tenements, he lures to capture one who would fly away from the dirty streets in the shadows of the skyscrapers on the other side of the river.

Pigeon keepers were a particularly egalitarian lot. As shown in the film, longshoreman and other blue collar workers housed birds in shacks placed on top of apartment houses. A doctor had a loft of racing pigeons on the roof of the Jersey City Medical Center. Jersey City-based pet book publisher Herbert Axelrod kept pigeons in his Cornelison Avenue printing plant and warehouse.

Martin “Motts” Casella had coops on the garages across the street from the Hoboken bar where he met with other top mobsters to plot the murder of John Gotti. One local pigeon fancier told me that somehow or other Casella acquired a number of decommissioned Army Signal Corp Carrier Homing Pigeons. My uncle Gus was friends with Motts. Over thirty years ago, I went with Gus to Motts’s corner at First and Jackson to drop off pigeon feed. I remember one of Martin Casella’s brothers showing me the birds and their many “diplomas” — certificates recording race wins. Once when a local breeder’s birds were stolen, the word went out that Martin Casella was “interested” in the birds being returned. With verbum sapiente sat, nobody was tempted to buy the “hot” pigeons. One morning maybe a week later, the theft’s victim found the birds in a box outside the front door of his home.

The neighborhood pigeon store or club served as a social institution. Only two pigeon clubs are still active, one in Hoboken, another in North Bergen. Jimmy Corso’s North Bergen feed store and pigeon exchange is Hudson County’s last.

“…
Provenzano insists he spends hours in meditation. His favorite spot is stop the former bank building purchased by Local 560 for its headquarters. There, on the roof is a massive coop to house Tony Pro’s racing pigeons the feathered symbols, of a less complicated youth on the East Side. The birds help Provenzano forget his various troubles: a pending Federal trial for bribery; a suit by the U.S. Department of Labor challenging Local 560’s election last December; the local’s insurgent. …
…”

From The Life and Times Of Tony Pro

Keeping the Sport of Pigeon Racing Alive Along the Gold Coast
Pigeon Racing: The Fading Glory of a Waterfront Sport