Father Francis Schiller of Jersey City: God in the balance.

Posted on March 3, 2010 by Anthony Olszewski 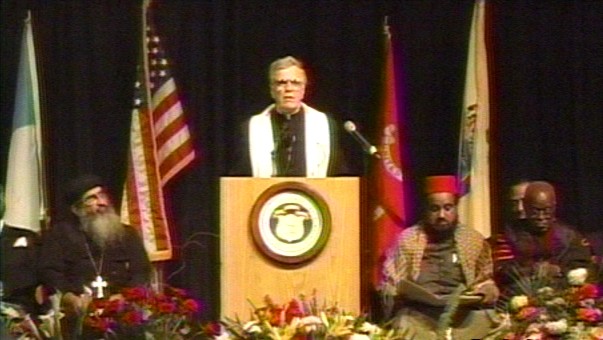 Fr. Schiller Reads from the Bible at the Funeral of Glenn Cunningham
Rev. Francis Schiller posseses the rare ability of being able both to give and get from Caesar. Fr. Schiller is a thread that has traced through the labyrinth of Hudson County Politics for some four decades. Francis Schiller was seen as the intellectual generator powering the organization — and subsequent administration — of Dr. Paul Jordan.

Rev. Schiller was ordained in 1965 at Immaculate Conception Seminary. Starting in 1969, he is a member of the Team Ministry of Saint Patrick Roman Catholic Church in Jersey City and Assumption / All Saints Roman Catholic Parish since 1994.

2000 to 2001, Rev. Francis Schiller was a member of the New Jersey Athletic Control Board. In 2001, Acting Governor Donald T. DiFrancesco appointed Rev. Schiller to the State Commission of Investigation.

10 Responses to Father Francis Schiller of Jersey City: God in the balance.