JERSEY BOY The Life and Mob Slaying of Frankie DePaula 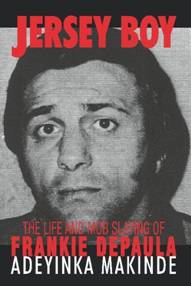