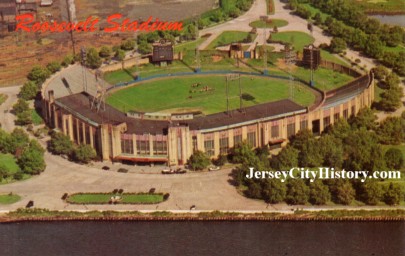 During the seventies, riots broke out at a number of Rock concerts held at Jersey City’s Roosevelt Stadium. Disturbances at an Alice Cooper concert caused many injuries and property damage. At an Eric Clapton show, the guitarist appeared on stage under the influence of narcotics and was unable to perform. The disappointment made the audience extremely unruly. Outside of a Kiss concert, a youth gang brutally assaulted a Heights resident.