Escape From A Cultural Wasteland! 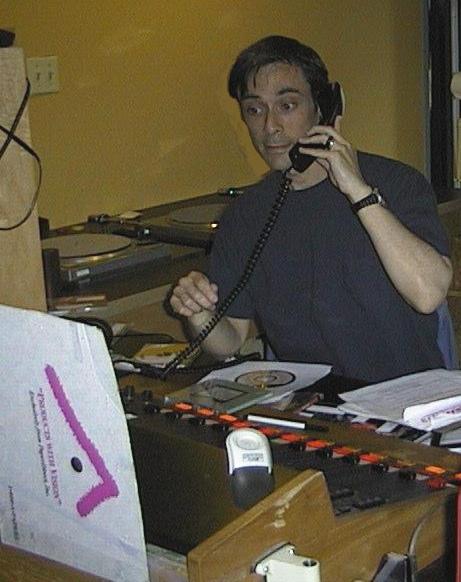 Here broadcasting is not a one-way street! Listener telephone participation is an important ingredient at wfmu, with DJ Charlie as a prime example.
WFMU is an iconoclastic, Free-Form radio station whose listening range covers Northern New Jersey and all five boroughs of New York City (at 91.1 FM), plus much of New York’s Orange County and the Hudson Valley (at 90.1 FM). The station can also be heard live world-wide via its internet broadcasts at wfmu.org. It’s radio where just about anything goes. WFMU shuns the concept of one-dimensional narrowcasting practiced by most stations. The station mixes styles, techniques, media and manners. The WFMU air staff uses the medium creatively and spontaneously, drawing on music, spoken word, live guests, listener telephone participation, and all the technologies of modern radio. The programming is exciting and highly original – to understate the facts!

In the sixties, WFMU was a lighthouse on the beach of mindless, top-forty, music radio stations. Commercial radio of that era did offer controversial, intelligent, talk radio on late-night programming. But, the AM music dial would only cough with the same string of 45 sides.

For those young, venturesome few who dared hit the button of the unknown – FM – on the radio, the result was, at first, a sea of static. Getting near the edge, and usually only after a lot of playing with the antenna and the receiver’s location, suddenly WFMU, radio station of Upsala College, East Orange, New Jersey, was there. Electric guitars broke the mind’s sound barrier. Songs just went on and on – long past that three minute limit that singles all claimed after which was dragons and the end of the world.

Without WFMU as the FM Prometheus of the Metropolitan area, many of today’s ethernauts never would have reached out for the lightning. 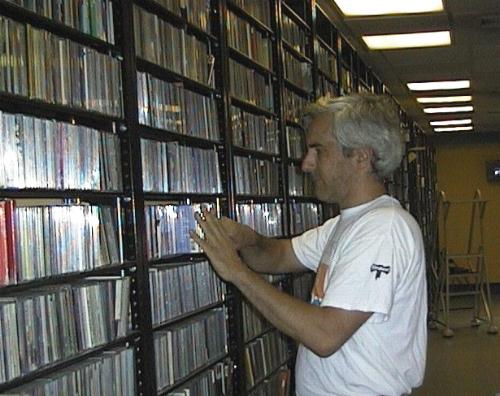 Over the decades the FM dial filled with commercial stations mimicking WFMU’s format. In a strange migration, the top-forty stations began to move to FM. Michael Jackson soon had squater’s rights smack-dab in the middle of the band. Eventually, through a sort of outre, deja vu, the most popular station aired nothing but oldies – played by former AM DJs.

By 1994, WFMU was again nearly alone. For those truly interested in music and ideas, “open ears and open minds,” it served as a cultural oasis. That year, a group of dedicated staffers and listeners purchased the license from the College. WFMU was now an independent non-profit. Two weeks later Upsala College declared bankruptcy. 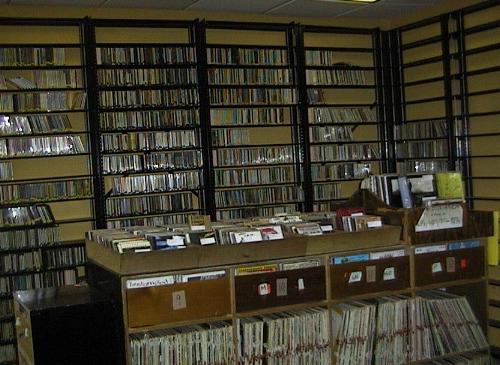 As might be imagined, WFMU established a CD collection early.

By the end of 1995, WFMU was marooned on the ghost campus surrounded by nothing. The location had always been something of a trek from cultural centers. There was only one thing to do – move to Jersey City. 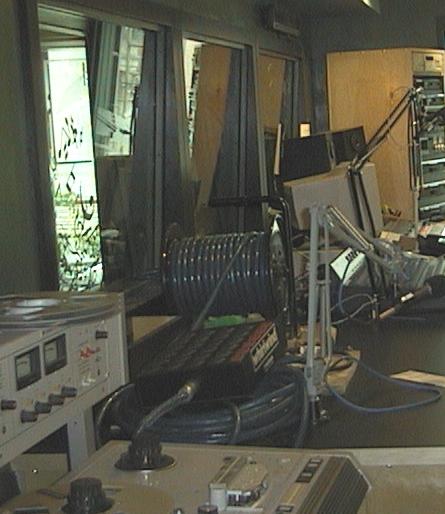 One of a number of state-of-the-art studio facilities

Today, WFMU broadcasts from a headquarters in Downtown Jersey City; you could throw a Susan B. Anthony dollar and hit the turnstile at the PATH subway station. Airstaff, artists, and guests now reach WFMU easily from Jersey City, Hoboken, other locations in Northern New Jersey, and New York.

As the property’s value has greatly increased, WFMU’s purchase of Jersey City real estate has also been of immense financial advantage.